Since Arthur was born a few people have asked me what made us choose the name. Honestly? It chose itself.

We went off to the hospital with no planned names at all – not even a shortlist in sight (just a long list of names one or other of us didn’t like…). Baby was born, handed to me and I just knew he was an ‘Arthur’ so there it was. I graciously let Sy pick his middle name, Harry, which was really Sy’s preferred name of choice. In hindsight I see it was only fair that I got to pick his first name (stubbornly and without compromise) because Sy chose Tori’s first name (stubbornly and without compromise) when she was born. It all worked out fine because we both like both names and now I wouldn’t have it any other way (though I can’t speak for Sy but I hope he feels the same.)

Now my Little A could do a whole lot worse than growing up to be like Prince Arthur – yes, he can be a little slow on the uptake but he’s fiercely loyal, good hearted, charming, very pretty and is rather good with a sword. All worthy attributes. He’s also rich which would be nice… *goes off to look up local fencing classes to set Little A off in the right direction*

Then comes the two Arthurs who, if I’m honest, probably had the most bearing on his name. Arthur Weasley from Harry Potter. Because he is awesome, kind, funny and haphazard and these are all things I love. Plus I’m totally of the HP Generation so having a HP baby makes sense (even his middle name fits that theme!).

And then there’s Artie from the Christopher Golden series Prowlers. He is one of my all time favourite characters even though he gets killed off in the second chapter of the books. There was just something about him that I really loved.

Then there’s my Great(?)-Grandfather (not sure if there should be another great there or not…) and my God-father’s father – the only ‘real life’ Arthurs I can think of.

But, when it came to it, it’s just the name that burst into my head when he was handed to me after he was born – he’s just my little Arthur… 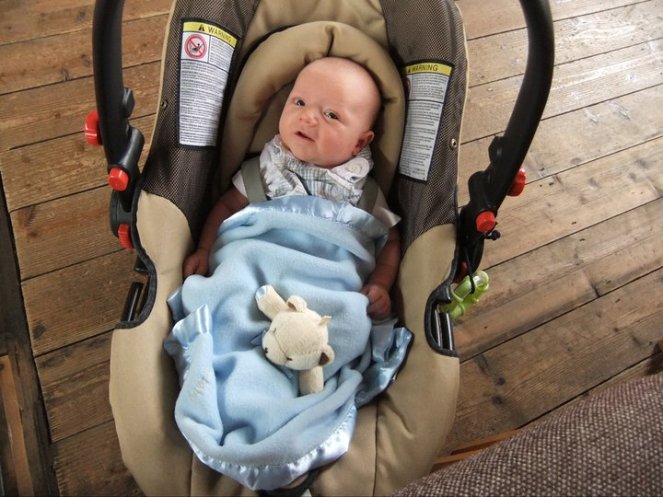 Join 2,042 other followers
Follow Carole Finds Her Wings on WordPress.com