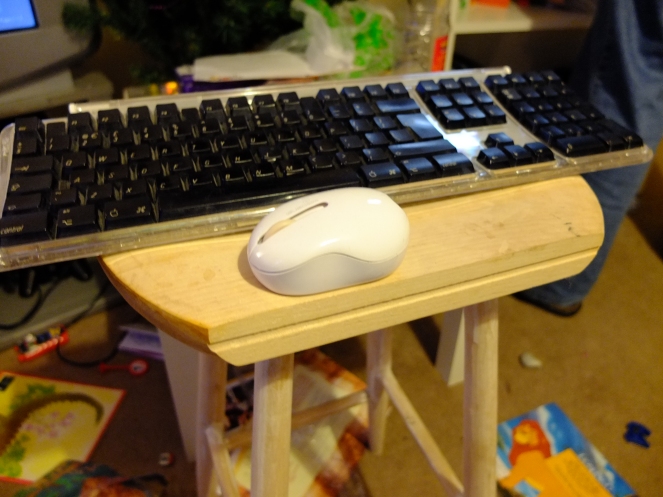 Caius has been playing with his new Raspberry Pi today. The kids have had a bash on the keyboard too – I can see them being able to type before they can properly read at this rate…

As for me, I got the first part of a short story that has been rattling round in my head down onto paper so I’m feeling a bit better about that now. It needed writing.

It was Unofficial Writer’s Club at Liberty’s house this evening. I have not laughed so much in a long time – we pretty much all rendered useless at one point, unable to breathe and crying with laughter because of some unintended innuendo in a section of dialogue in Mr Taylor’s piece. Sometimes I forget how much fun editing as a group can be.

I tidied up the Smalls’ bedroom today before going to collect them from their Dad’s. Managed to gather their collection of giant Thomas The Tank Engine characters all into one place too, bet that won’t last long in the morning.

I finished reading a book today – putting me on track for completing my 2012 reading challenge. Woo!

I also did a bit more writing on my NaNoWriMo novel – using my notes on the whiteboard to refresh my memory as to what exactly my mythical magical beasty characters are! 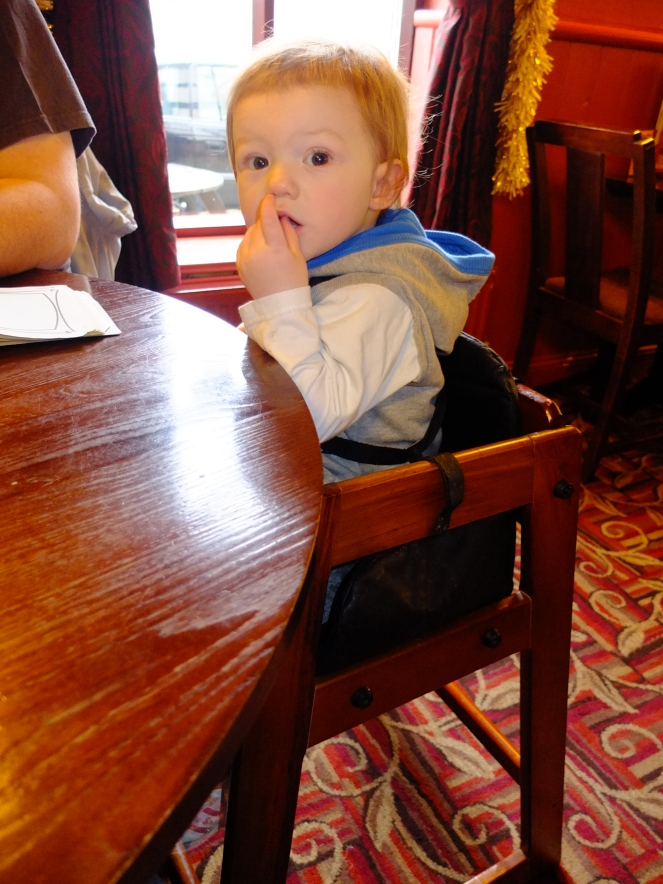 Whilst Tori was at school we decided to take Arthur out for lunch because he had been behaving himself for the first time in ages. It was nice to get out and spend some time with him where he wasn’t being a total beast. I like him more when i don’t want to throttle him.

Christmas really started tonight. It’s not Christmas until I’ve been to a Christmas concert by ‘Of One Accord‘ (starring my Mummy) and this year they performed in our church so it was extra special!  Feeling all festive now 🙂

I finally got around to putting the decorations on the tree today. There are no words to describe how much I love having Tori’s dinosaur decorations on it this year – Christmas is awesome, dinosaurs are awesome, having both of those two things combined? EPIC!

I have a T-Rex and Stegosaurus on my tree, Liberty – I know you are jealous XD