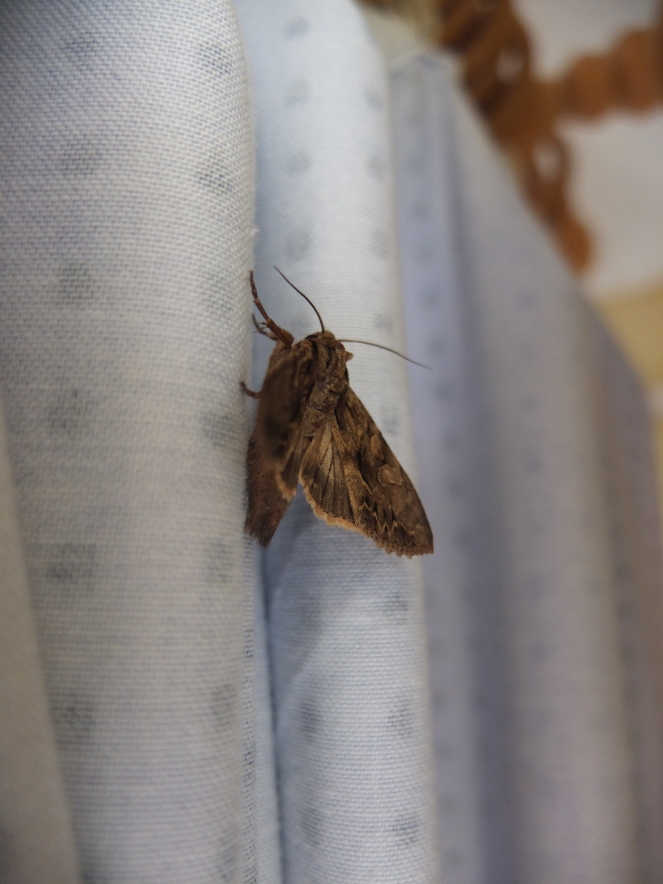 This moth was huge.

I spotted it when it was at the other side of the road because it was so big but clearly an insect and I watched as it flew perfectly in through my open window and collided with the curtains.

And then proceeded to fail to fly back out of any of the three windows I opened (apart from once, where it flew out of one and straight in again through another) and to fly into my face at least twice (hard) and attempted to hide in the curtains on multiple occasions.

I got it out… eventually.