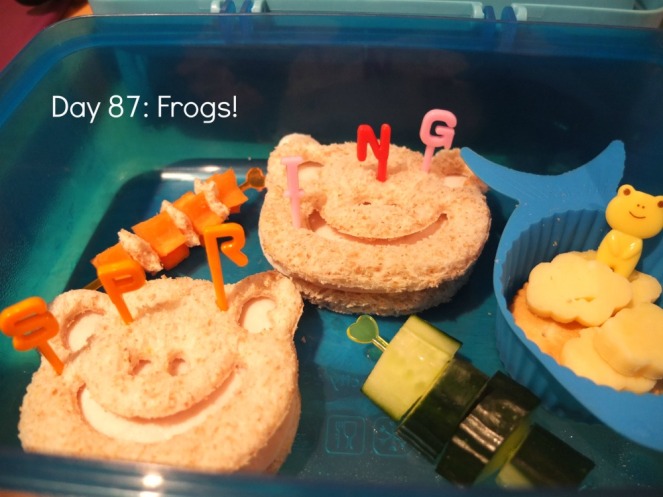 With a new week starting tomorrow I have given in to Tori’s begging and my jealousy of everyone on Twitter’s awesome lunchboxes and dived into the world of Bento-style lunch time! 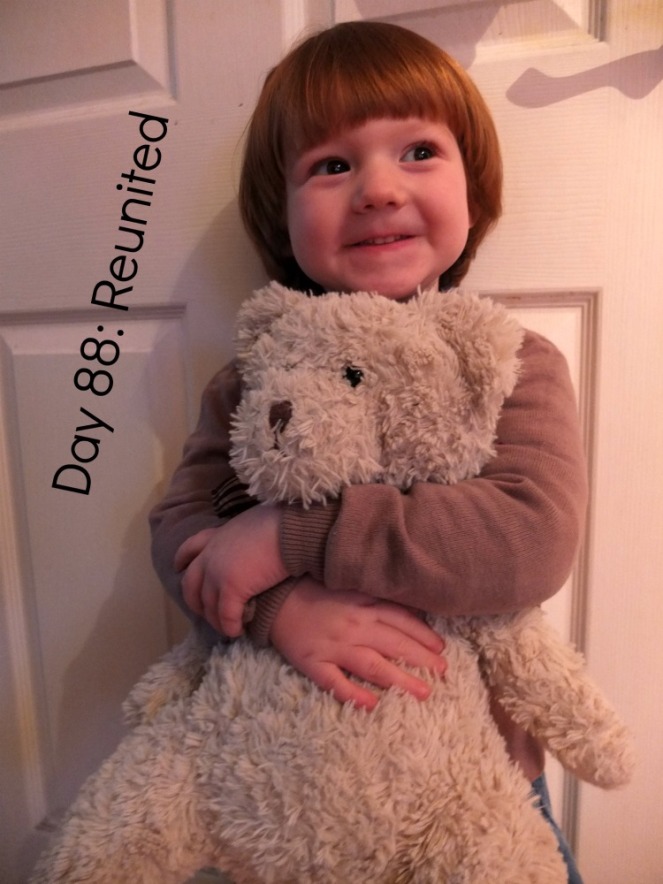 I had to take the Smalls with me to a committee meeting at Arthur’s Pre-school last Friday and we accidentally left Teddy behind at the end. After a very sad weekend without him Arthur has not stopped grinning since he got him back this morning 🙂 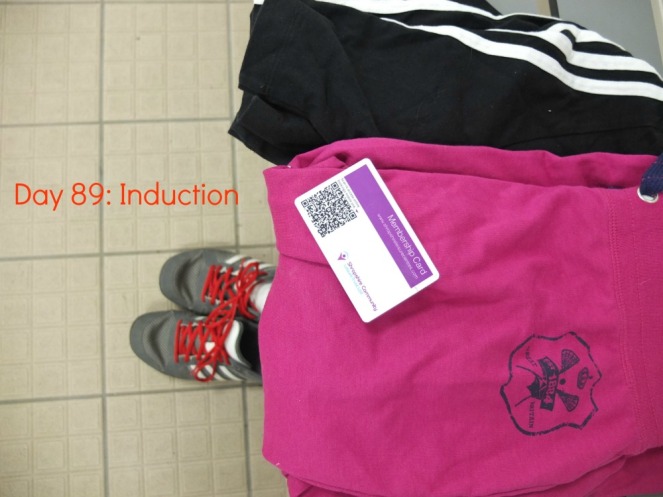 Yesterday when we took Artie swimming, I also signed up for the gym and today I had my induction session to show me the ropes. My instructor was rather attractive which got me through the weight session he made me do which almost killed me. 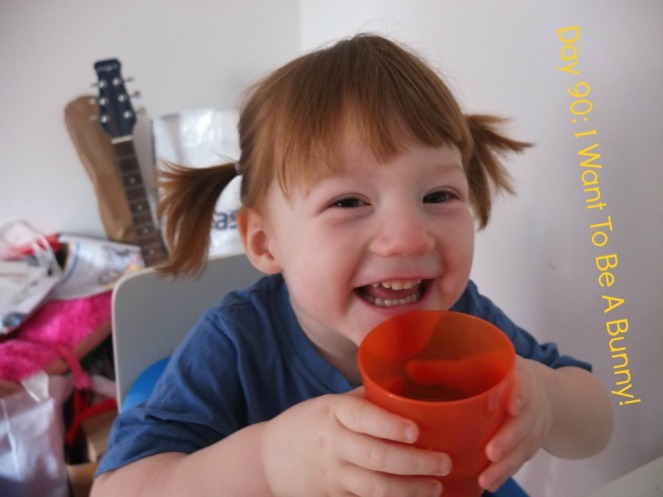 When I was doing Tori’s hair this morning she asked me if she could be a unicorn and have a bobble on the top of her head. Arthur immediately jumped in and said he wanted to be a bunny and have bunny ears – who was I to refuse?

Caius helped me hang the mountain of washing up this evening – it took twice as long as it probably should have because we kept mucking around and being silly. Might have taken longer but it was ten times more fun! 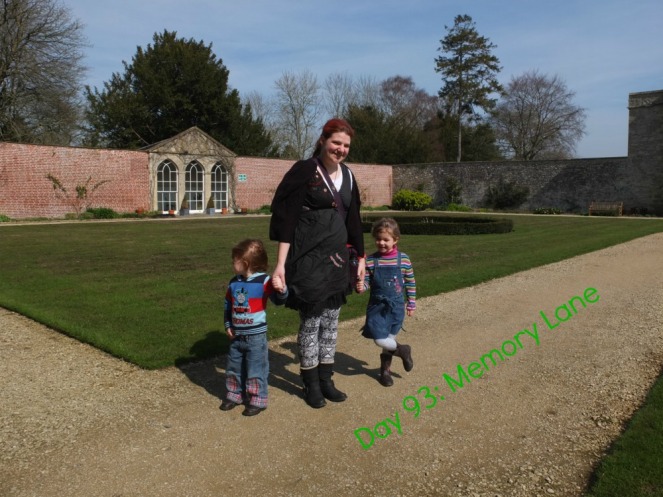 Today was a special one for me as we went on a road trip to Bath with the Smalls. Arthur has never been before and Tori not since she was mere months old and the place has so completely stolen my heart that it meant a lot for them to make some memories there too. This picture is up on my old uni campus in the Italian Walled Garden – not looking its best right now but beautiful when the fountains are going and it is in full flower. It is apparently where Prince Phillip proposed to the Queen (the whole sit is owned by the Duchy of Cornwall still) and that always tickled me when I sat in there doing my coursework! It was a little surreal being back there with the Smalls but in a good way 🙂