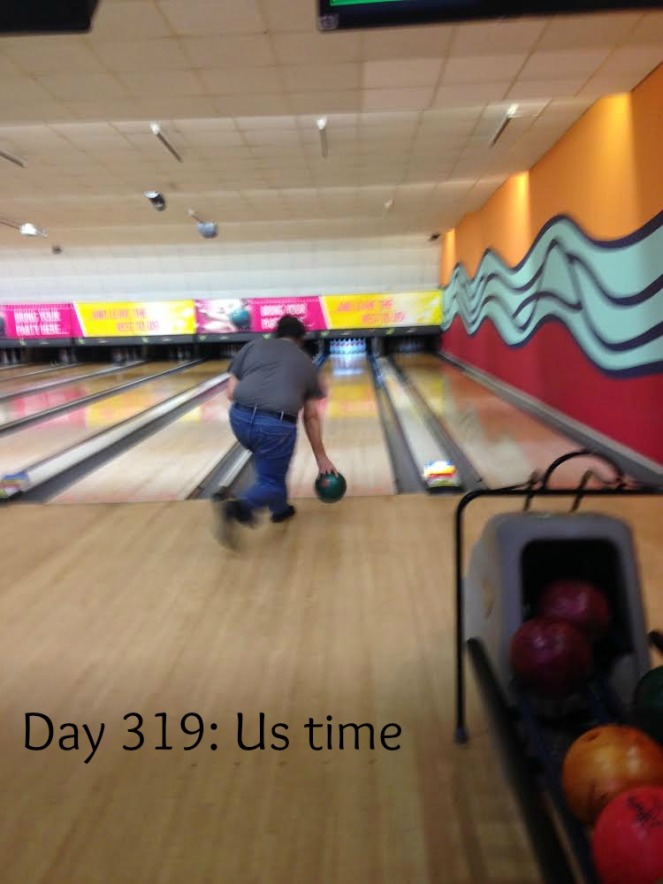 Caius had the day off today and we took advantage of the child-free time whilst the kids were at school to just relax and have some grown up time. (I won at bowling but he trounced me at Air Hockey afterwards!)

I was tired and a bit grumpy today so I made myself the ultimate hot chocolate with cream, marshmallows, chocolate sauce, a shot of gingerbread syrup and a good sprinkle of mixed spice – that worked wonders on cheering me up! 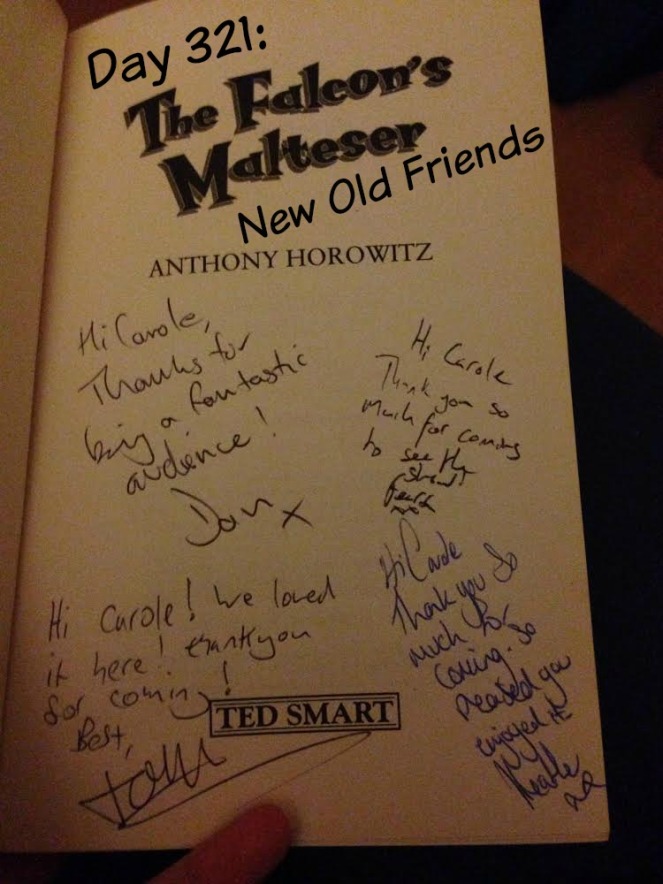 This evening Caius and I set off with Liberty and her boyfriend to go and watch New Old Friends‘ hilarious production of one of my favourite childhood books: The Falcon’s Malteaser. Liberty and I know half the cast from university so it was great to see them loving performing and having a quick catch up after the show. 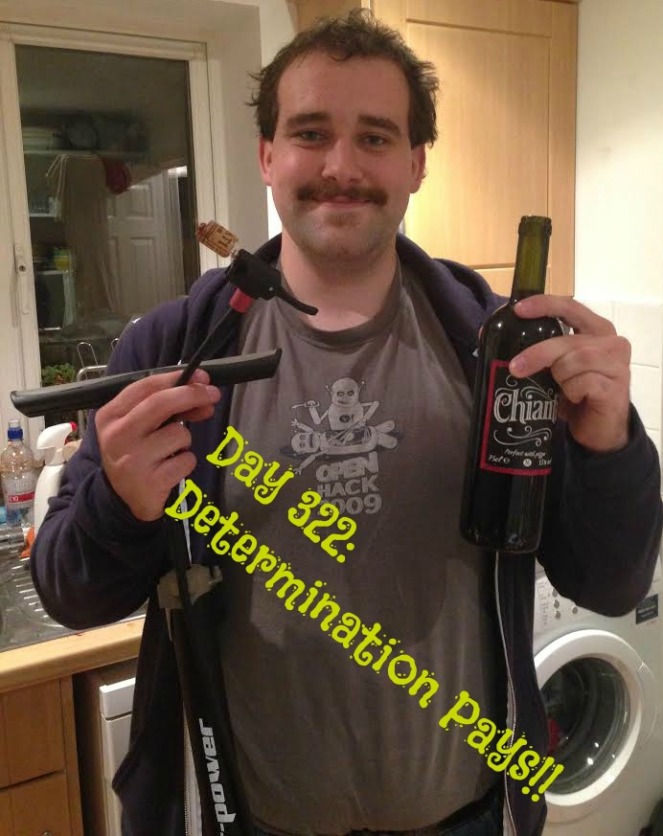 This wine bottle did not want to give up its contents. Caius really wanted wine. It took maybe fifteen minutes, a chip out of the bottle and a bike pump – but he eventually triumphed 😉 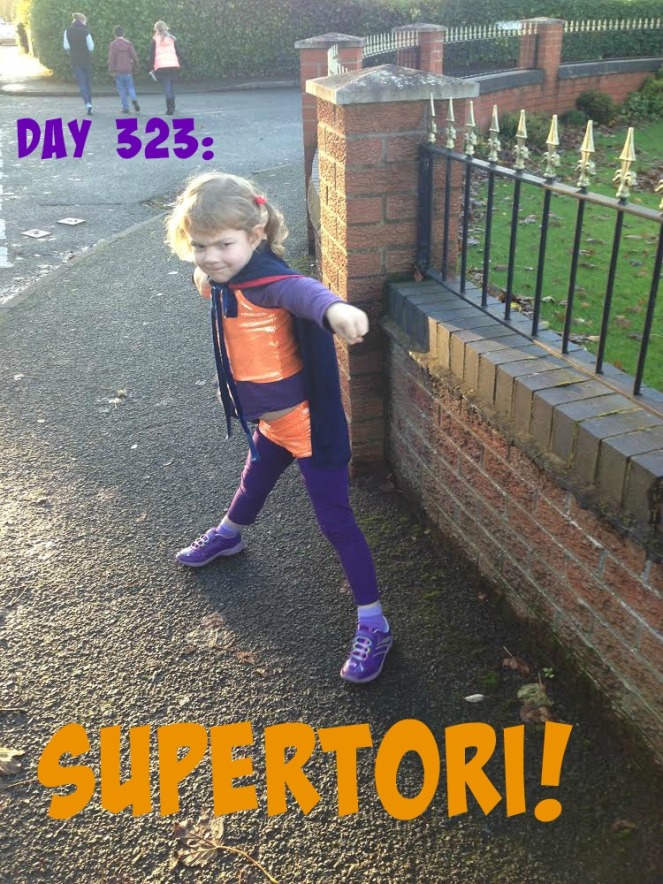 Today was the Birmingham Bokwa BEAT event at Aston University. I wasn’t sure if I was going to hate it or love it but it turns out that sweating to death doing Bokwa in a noisy room with flashy lights and about a hundred other people is actually amazing fun. I came out on a total high but by the time I had sat in the car for an hour on the way home, I had properly started aching. I’m not sure my shoulders are ever going to be the same again after the Punch & Strike session. (The official photos are here if you have no idea what I’m on about!)

Join 2,041 other followers
Follow Carole Finds Her Wings on WordPress.com