We have been a sickly household recently. Arthur was sick last Thursday and I’d got hopeful that the bug had bypassed Tori but it wasn’t to be and it hit her today instead 😦 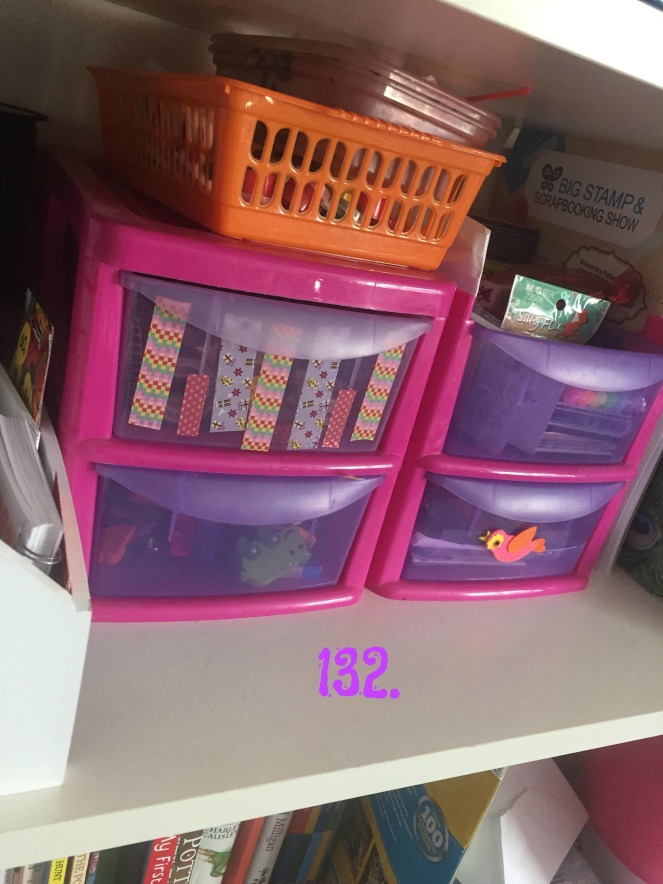 Since starting my project to send more post, I have had a good sort out of my stationery and finally have it organised in these handy drawers so I can actually find and use all the stuff I have! (I also failed my driving test today after starting the day cleaning up sick and failing to unblock a toilet. It hasn’t been the best.)

I got dressed in the dark today – can you tell?

I’ve had these flowers on the kitchen windowsill for a couple of weeks now and they are actually pretty much dead but the purple flowers seem to have just dried as they are and I still think they are beautiful!

After a bit of a frantic week I decided to spend this morning just being with my boy. There won’t be so much of this time soon as he starts at school in September so I need to make the most of it now. We built castles, read stories and enjoyed snack time watching his favourite Thomas the Tank Engine DVD.

Arthur has rediscovered his collection of crazy rings which have all been cupcake toppers at some time or other. They render his hand basically useless but make a very funky knuckleduster 😉

I am not very green fingered at all so I am very pleased to see that the few plants that the Smalls and I have tried to grow are actually flowering! Conveniently most of them are purple, too!

365 Project is now a blog hop – view the other posts and join in here: