I had a theme for this week but I decided on Monday that I didn’t like it so I had a theme-free week instead!

I wandered a different way home to usual after the school run today and rediscovered this gorgeous bit of street art down a side road near the big church in town. I just love the colours in it!

Arthur came barreling out of pre-school today desperate to show me his Stick Man that he had made! He was very chuffed with himself. 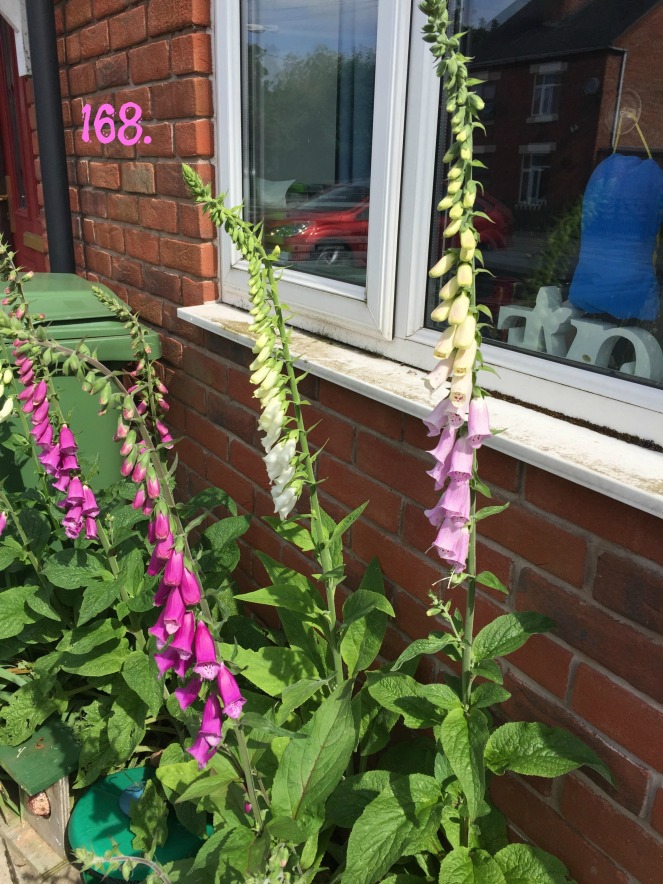 My foxgloves are flowering outside my front window! I love how they are all white or pink apart from the one nearest that couldn’t decide and so is half-and-half instead! 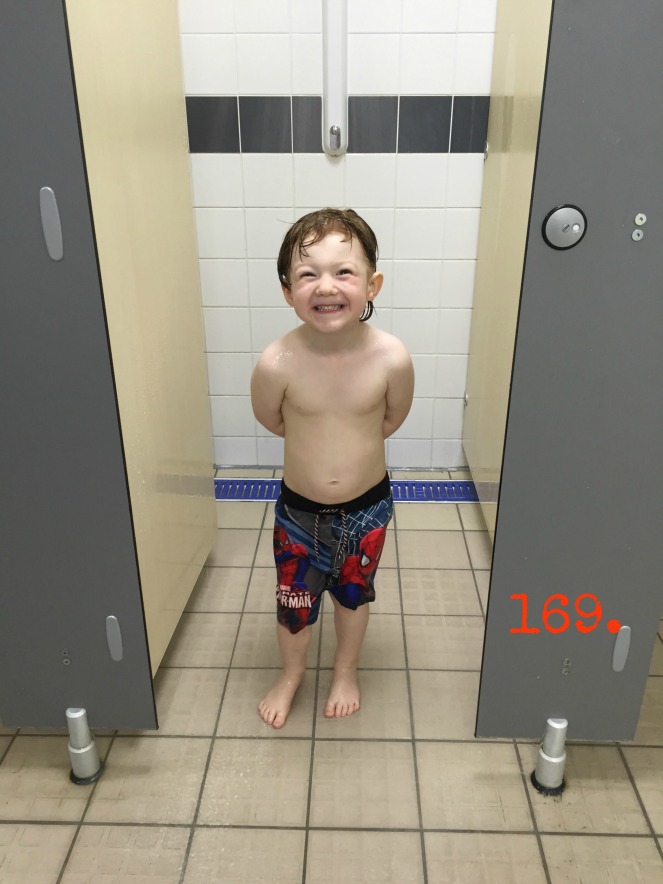 Arthur is starting to really enjoy his swimming lessons on a Thursday now and we have finally reached a point where he will happily shower afterwards without crying the place down because he doesn’t like the water on his head! Also, the last few days it has occurred to me that he is starting to really look like a little boy now – he is losing his baby fat and starting to look a lot more grown up.

Ah, BritMums Live Day 1 – the bit where we broke a world record by wrapping people in loo roll. Or, in the case of Zoe and I, by wrapping a Twirlywoo in loo roll. I haven’t laughed so hard in a very, very long time. Nor have I drunk so much wine since… probably last BritMums.

Day 2 of Britmums and I got all productive despite MORE wine and made myself this foxy hair clip which I love and have been wearing ever since! 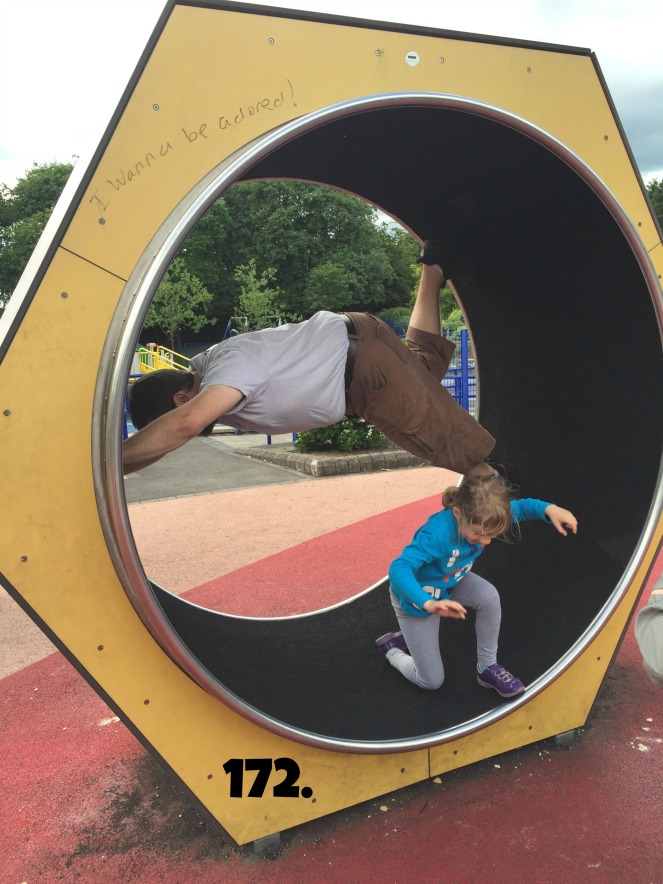 As per tradition – my BritMums weekend was rounded off by a visit to our favourite play park – Hanley Park Sensory Playground in Stoke-On-Trent. It’s too far to go to normally so collecting me from the train station gives us the perfect excuse to go and have a play. This moment is where Caius stopped running and tried to let the hamster wheel settle, forgetting that laws of physics meant it would settle with his stretched out weight evenly balanced… Tori was afraid he was going to fall on her. It was hilarious.

365 Project is now a blog hop – view the other posts and join in here: