There are many things I wish I could do but most are passing fantasies that would make whatever I happened to be doing at the time a million times easier (read: ‘I’m lazy and wish everything did itself’). But when it comes down to it there are a few that crop up more regularly than others.

I Wish I Could… 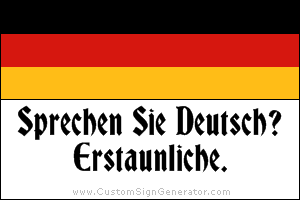 I was born ‘auf Deutschland’ and it is because of this that I have always harboured a little desire to be able to fluently jabber away in the language. As it is I know whatever random bits of GCSE German that decided to stick (not all that much) and the odd bit that I knew before from Mum & Dad’s pidgin German that they picked up over there. We sometimes flummox our guests (and I confuse Sy regularly) by asking little things like ‘how many chips do you want?’ or ‘where is it?’ in German, utterly out of the blue. But we’ve just always done it and sort of forget that it isn’t just standard English jargon. I just wish I was able to carry it on properly. 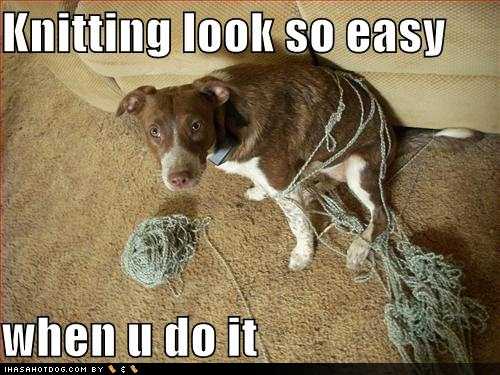 And when I try I get angry and frustrated and cry and give up. As much as I’d love to be able to produce beautiful jumpers and cardigans and scarves and whatnot for my offspring, they are just going to have to live with incredibly slowly produced cross-stitch pictures instead. Coz I can do that.

I think knitting takes too much co-ordination and as I still have to think about which is left and which is right when it comes to anything in life (I don’t drive, partly because of this), I just don’t think I’m cut out for the job.

3. Randomly be able to morph into an animal. (Yes, I know, predictable me)

I’ve wanted to be able to do this since, well, as long as I can remember. If I had to choose one animal it would be a wolf because they’re my favourite but when it comes right down to it, I’m not that fussy – I’ll be a hamster or a peccary or a giant African land snail (if I must). And I don’t mean it in a rubbish teenage werewolf way either – with magic super-strength/mind reading/dodgy half-transformed looks/extra large animal stuff – I mean it in a literal sense. To just be able to wander off and ‘be’ whatever animal took my fancy at the time. See the world how they do, feel the wind in my fur, ground under paws etc. 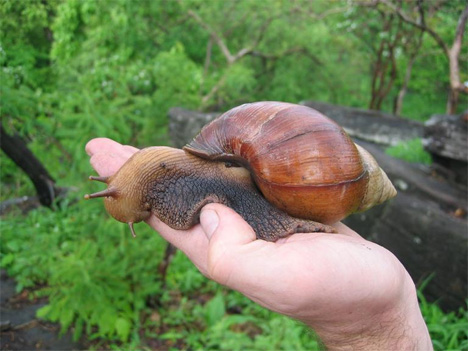 Okay, so maybe I’m not so keen on being a giant African land snail, but you know, it could be interesting…

I am a girl. Girls are supposed to be able to do make-up. I think it’s meant to be genetic but I obviously missed that boat.

I poke myself in the eye with eye-liner, always somehow end up with mascara on my nose, look like a clown if I attempt blusher, can’t work out what shade of lipgloss suits me and don’t even know where to begin with foundation and the like (and therefore ignore it’s very existence).

I’ve tried books, internet, ‘lessons’ with friends and advice from my big sister but still I fail. I have got better but I think this is more down to having learned the very very basics of the basics and just staying at that level. That way I can wear a little make-up and look 1) human and 2) like I’ve made an effort but without the danger of looking like a twit wearing facepaint. Mostly I just don’t wear any at all, I have mastered that look…

5. Reach the top shelf in supermarkets (without dropping tins on my head/other people)

I’m just that little bit too short. I *can* reach. With my fingertips. Thus the inaccuracy of grabbing stuff and the occasional incident of dropping items on myself and others. I just need to grow another couple of inches – or go to a supermarket with lower shelves.

What do you wish you could do? Hop on over to this weeks Listography post and see what everyone else wishes they could do and link up your own post to join the fun!!

14 thoughts on “Listography: 5 Things I Wish I Could Do”