Sainsbury’s have released a new selection of savoury popcorn flavours and we were sent two packs to try out – along with a copy of Madagascar 3 to keep us entertained whilst we taste tested.

So on Sunday afternoon we plonked ourselves down, poured out the two flavours of popcorn into bowls and put the DVD in the PS2.

Arthur quickly became chief taste tester – we all got some but only grudgingly! He tried both flavours and was so enamoured with them that he totally turned his back on the film to more comfortably eat as much as he could.

We eventually managed to turn him around and reposition the popcorn so he could see the film as well as stuff his face. Tori took a liking to the Cheese & Chive flavour but Arthur, Caius and I all prefered the Smoked Paprika. Not that Caius and I got much, because Arthur soon had the bowl in his lap and protested loudly if anyone stole any – you were allowed some, but only on his terms (namely you were fed pieces one at a time, very spread out!) 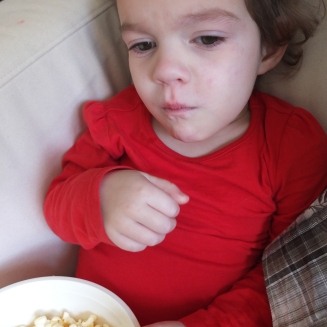 When it came to the Cheese & Chive flavour, we weren’t all that keen on it. We found it a bit odd – as if the flavour didn’t fit with the texture. It was a bit like eating soggy cheese flavoured crisps with a weird onion/chivey aftertaste. Tori liked it and Arthur happily ate it until given the second flavour but the adults in the household were unimpressed. Not for us.

The Smoked Paprika flavour however, was much nicer. It had a big, bold flavour that I loved and Arthur obviously adored, however Caius and I agreed that we didn’t much like it for film-watching popcorn – give us cinema sweet or salted any day – but would probably quite like it in smaller crisp-like packets as a snack or lunchtime treat.

So one out of two on the popcorn flavours there, but that could just be down to us both having a sweet tooth – the kids were quite happy to eat them all.

Then there was the film itself – a total triumph. It kept both kids entranced which only one or two other films have ever managed and Caius & I both agreed that it was better than the first Madagascar movie by far. It had a simple story, lots of funny moments, a smashing soundtrack and lots of feel good moments. So much so that in the big fluffy end scene – both Smalls pounced on me for a cuddle to match the onscreen love! 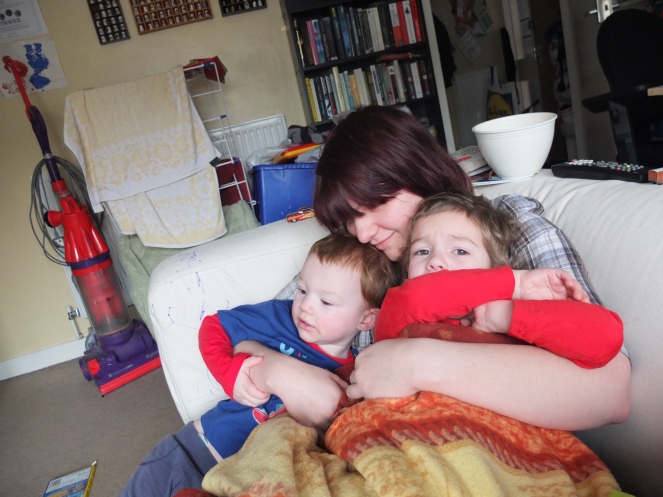 Sainsbury’s Cheese & Chive and Smoked Paprika Popcorn,  along with a Salt and Vinegar flavour, can be purchased from Sainsbury’s for £1.50 for a 75g packet. They make a nice alternative to crisps and would go down well in lunchboxes as something a little different.

Disclaimer: We were sent two bags of Sainsbury’s popcorn and one copy of Madagascar 3 to review as part of the Sainsbury’s Bank Family Blogger Network. No other payment was offered or recieved and all opinions and photographs are our own.