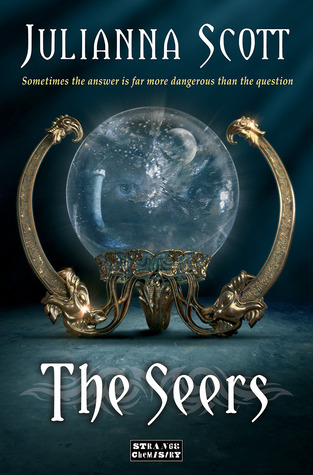 Where Did I Get It? I received an eARC from NetGalley for review but you can order it on Amazon for £7.45 (price accurate at time of review).

Summary (from Goodreads): After nearly being drained of her ability and betrayed by a man her father trusted, Becca Ingle was left with one clue — Ciaran Shea. He holds the key to the downfall of the power-mad Holder, Darragh, and can ensure the safety of both Holder and Human kind alike… but is he willing to help?

Becca, Alex, Jocelyn, and Cormac set out for Adare Manor to meet with the Bhunaidh, an aristocratic group of pure blooded Holders of whom Ciaran is a rumored member. However, when Becca discovers that they might not be the only ones after the information Ciaran has, everyone begins to wonder if Bhunaidh might not be as uninvolved with Darragh as they claim.

A race to uncover Ciaran’s secrets begins, where the line between friend and foe is blurred, and everyone seems to have their own agenda. Becca will have to call on every ability at her disposal to uncover the truth, all the while knowing that sometimes the answer is more dangerous than the question.

“Do you think if I passed out, she’d let me sit for a few minutes?” I mumbled, as my legs started to twitch.

I loved The Holders when I read it last year and it was a long old wait for this instalment because I desperately wanted to know what happened next.

There is just something about this series, there’s nothing I can put my finger on that makes it amazing but I just can’t put the books down once I have started.

The world is intriguing and the variety of the Holders’ ‘superpowers’ makes for interesting reading alone and takes a tale of mystery and deception to a different level when you don’t know who to trust because mind-powers are at play.

I think the reason the books are so enjoyable is the characterisation. They are all very human – even the Holders with their special powers. Every character has their strengths and their weaknesses, just like people in the real world.

Becca, the main character, is very much a teenage girl thrust into the unknown. She may be a Holder but she is still struggling to come to terms with her power and what it means in the same way that you or I would do. Sometimes she is at ease with it and other times she is afraid of herself and other times again she forgets it entirely because the hottest, sassiest girl at the party is shooting daggers at her for no apparent reason. And when you’re that age, not much is scarier than the Queen Bee when she has taken a dislike to you.

All of the other main characters have similar human foibles – jealousy, fear, pride – that make them do stupid things and mess things up at key moments. It is this little touch that sucks you right in – you care about the characters and instead of reading a book and thinking ‘If that was me, I’d have fallen over that log they all just jumped over’, somebody trips over the log because they aren’t looking.

That’s not to say that nobody ever does super-cool superpower tricks, because they do, and it’s awesome – but there is a healthy smattering of cock-ups too which both make you laugh and make you fall more in love with the people you are reading about.

The relationships between the characters are good too, just the right amount of romance to keep it interesting without it eclipsing the rest of the storyline.

Scott also keeps you on your toes – I thought I had one storyline all figured out and then she threw in a curveball I totally hadn’t seen coming. A curveball that set up book three beautifully.

The only problem is I now want to read book three… and it’s probably a year away if the last wait is anything to go by. Sigh.