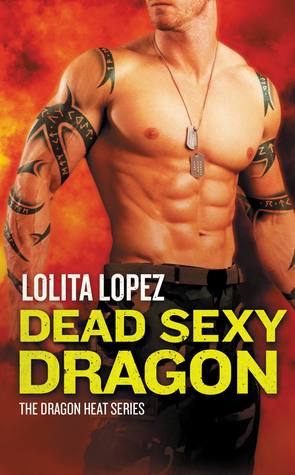 Where Did I Get It? Kindly received from NetGalley for review. Available on Amazon for just 99p (at time of posting this review)

Summary (from Goodreads): The last thing dragon shifter Stig Wyvern needs is his dead friend’s kid sister showing up on his doorstep. He’s just minutes away from entering a mating phase. Sharing his isolated house with the young woman he’s desperately lusted after for quite some time is a recipe for disaster.

But Cora Cardenas has nowhere else to go. She’s in deep trouble with some really nasty people and Stig is the only one who can protect her. That he’s deliciously sexy and makes her tingle with the simplest of smiles is just a bonus.

Cora quickly realizes Stig is hiding something from her. To make matters worse, she’s plagued with breathtakingly naughty dreams starring a shadowed lover who bears a startling resemblance to her host. And just what the hell is going on down in the basement at night?

Stig needs to get Cora out of his house but his inner beast has other ideas. He’s found his mate and she’s not going anywhere…

Stig Wyvern dried the last of his dishes and placed them in the cabinet.

My Review:  Anyone who reads my blog will know that I have read my fair share of shapeshifter erotica over the last few years. This isn’t even my first dabble into the world of dragon shapeshifting but I can tell you that if it had been, then it would probably have also been my last.

It was just all a bit… meh.

The characters were flat. Stig Wyvern was a dragon and had all the depth of a melted ice lolly – when he was in dragon form he just wanted to eat stuff and have sex and when he was a human he wanted to pretend not to be a dragon and have sex. He was the sort of character that was nice to look at but boring to actually read about when he had to do anything other than show off his supernatural sexual prowess.

Cora was his ex-best friend’s sister. That’s all you really need to know – she can bake good cake, have good sex. Other than that I don’t actually remember anything about her.

The story was there, it wasn’t just a series of sex scenes like some erotica novels but it all felt a bit superficial. The story of supernatural creatures hiding from humanity and trying not to get taken out by the few that know they exist with no special twists or turns. It was just the same old same old that you’ve heard before with a few extra racy bits thrown in.

If you are after a quick, easy, sexy read then this does the job (don’t worry, there’s no crazy dragon-on-human sex, that would be weird) just don’t expect anything special or unpredictable from it because you’ll be disappointed.