Bread Week fills me with fear but is never as disastrous as I expect – I should really make bread more often.

So, I don’t like Rye bread so that ruled that out, I’ve made ciabatta before (and they were so *cough* wonderful *cough* that I gave them to somebody else) so that just left the stuffed/filled showstopper loaf option.

I knew I was never going to make a ‘showstopper’ beauty so decided to just try and pull off a successful bake. I kept it simple and had a fairly ‘dry’ filling to try and minimise gaps and unbaked middles – Prosciutto & Parmesan Bread.

I didn’t really slash my loaves bravely enough so they looked quite plain and I think I left them in a few seconds too long as they were edging out of the ‘golden’ colour range and into the ‘dark brown’ one. I also didn’t distribute my ham very evenly in one loaf as it was about four slices in before I got to any. When I did find it though, it made a very pretty swirl which was satisfying.

The bread itself was a lovely texture and not too dense, it has a soft crust and has a subtle cheese flavour that isn’t overpowering and is well complemented by the sweet, salty Prosciutto. It is incredibly moreish. 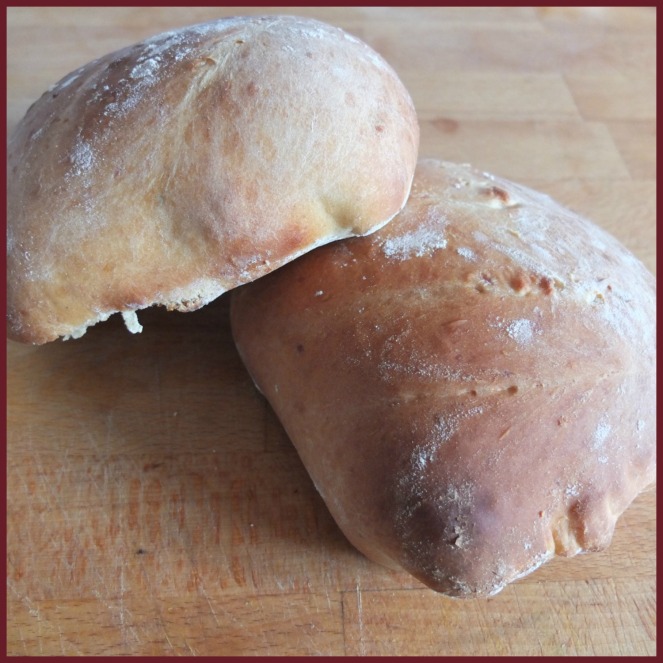