I generally don’t read much non-fiction aside from books about Wolves (the animal)/Encyclopaedias of Mythical Creatures/Vampire Handbooks/Werewolves in myth & legend etc etc however my favourite non-fiction book that I have read is Richard Hammond On The Edge: My Story.

The story of his recovery from his rocket-powered car accident, told by both him and his wife, was fascinating and the easy writing style kept me engaged from cover to cover – something most non-fiction books fail to do. 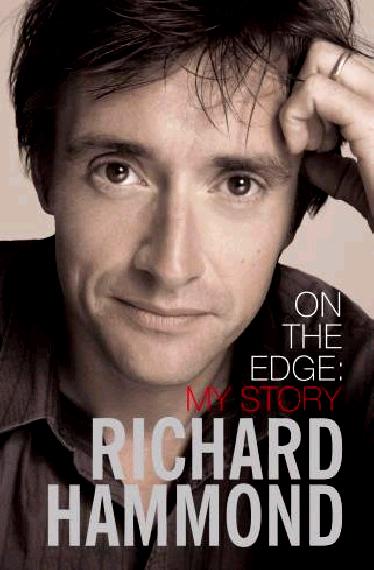 Richard Hammond is one of our most in-demand and best-loved television presenters. On September 20, 2006, he suffered a serious brain injury following a high-speed car crash, and the nation held its breath. On the Edge is his compelling account of life before and after the accident and an honest description of his year of recovery, full of drama and incident. It is also, perhaps, his explanation of why, as a married man and father of two young daughters, he was prepared to risk all by strapping himself to the front of a jet engine with the power of eleven Formula One cars. A daredevil and a petrolhead long before his association with Top Gear, Richard tells the story of his life as an adrenalin junkie, from the small boy showing off with ridiculous stunts on his bicycle to the adolescent with a near-obsessive attraction to speed and the smell of petrol. After a series of jobs in local radio, he graduated to television and eventually to Top Gear, one of the world’s most popular shows, upgrading his car with each step up the ladder. His insights into the personalities, the camaraderie and, of course, the stunts for which Top Gear has become famous make compulsive reading. It was whilst filming for Top Gear, driving a jet-powered dragster at speeds over 300mph, that a tyre burst and the car left the track and rolled over, burying him in the earth. He was airlifted to hospital and hovered near death for several days. His wife Mindy tells the story of the anxious hours and days of watching and waiting until he finally emerged from his coma. In an extraordinarily powerful piece of writing, she and Richard then piece together the stages of his recovery as his shattered mind slowly reformed, leaving him sometimes lucid and plausible, sometimes confused and angry, and often exhausted. The final chapter recounts his return home and his triumphant reappearance in front of the cameras.