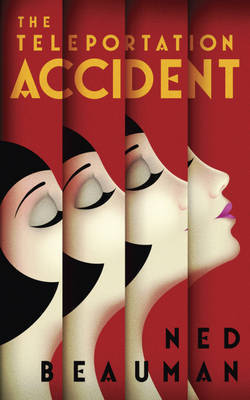 Where Did I Get It? Amazon Kindle Store (£4.99 at time of purchase) to take part in the House of Blog November Book Club

Summary (from Goodreads): HISTORY HAPPENED WHILE YOU WERE HUNGOVER

When you haven’t had sex in a long time, it feels like the worst thing that is happening to anyone anywhere. If you’re living in Germany in the 1930s, it probably isn’t. But that’s no consolation to Egon Loeser, whose carnal misfortunes will push him from the experimental theatres of Berlin to the absinthe bars of Paris to the physics laboratories of Los Angeles, trying all the while to solve two mysteries: whether it was really a deal with Satan that claimed the life of his hero, the great Renaissance stage designer Adriano Lavicini; and why a handsome, clever, charming, modest guy like him can’t, just once in a while, get himself laid.

From the author of the acclaimed Boxer, Beetle comes a historical novel that doesn’t know what year it is; a noir novel that turns all the lights on; a romance novel that arrives drunk to dinner; a science fiction novel that can’t remember what ‘isotope’ means; a stunningly inventive, exceptionally funny, dangerously unsteady and (largely) coherent novel about sex, violence, space, time, and how the best way to deal with history is to ignore it.

LET’S HOPE THE PARTY WAS WORTH IT

When you knock a bowl of sugar on to your host’s carpet, it is a parody of the avalanche that killed his mother and father, just as the duck’s beak that your new girlfriend’s lips form when she attempts a seductive pout is a quotation of the quacking noise your last girlfriend made during sex.

My Review: I really, really should have listened to my gut instincts about this book that I got from that very first line – STOP! The second line was just as bafflingly obnoxious and so was the third, and the fourth, and the fifth…

To put it bluntly, the whole thing was painfully pretentious and needlessly verbose. It was trying hard to be funny in a literary kind of way, which seriously did not work for me – it just annoyed me intensely instead.

About 75% of the sentences were so long and convoluted that by the time I had reached the end, I had forgotten what the start had been about and even going back and re-reading them I usually couldn’t make sense of them. He also had a habit of using big words (that I had to go find a dictionary for, and I like to think I know a lot of big words generally) in such a manner that just seemed to be saying ‘hey, look! I know big words!’  I suspect it is in these sentences that a lot of the humour that is supposedly in this book was lost on me. It was too hard to read and felt too much like someone was pressing their cleverness on me to make me feel stupid (often working to that aim very well.)

I hated the main character – I mean, I don’t think I was supposed to like him all that much, but usually when the main protagonist is someone of dubious morals (Loeser was a borderline paedophile amongst other things) they have some sort of redeeming quality that makes you want to follow their story. Loeser lacked anything of the sort – he was a jerk, obsessed with his penis and the amount of action it was (or wasn’t) getting. He was rude to people he didn’t know and worse to his so-called friends, he had little-to-no ethics and basically needed a good slap.

Sometimes books with this sort of main character work because the surrounding characters are interesting however pretty much every character in the book was as hideous as Loeser or else bland and flat.

There were three sentences in The Teleportation Incident that I adored. They were beautiful and well written and witty – evidence that Beauman can actually produce stuff worth reading. It’s just a shame he spends so much time trying to be clever.

The storyline was actually quite dull – the only exciting parts being so randomly off the wall that they didn’t actually enhance the story, just made you step back and say ‘what the ?!*$??!’ In fact, that was exactly my response to the end of the book, which was just plain odd.

Considering the majority of the book is set during the rise of Hitler, one of the most intense and fascinating points of history, Beauman managed to make the whole thing seem irrelevant and dull. Quite a skill and not really a good one.

I’m sorry, but The Teleportation Accident was just not my kind of book and I can’t imagine me ever picking up another of Beauman’s books again after the effort it took me to get through this one.

One thought on “The Teleportation Accident by Ned Beauman ~ A Review”