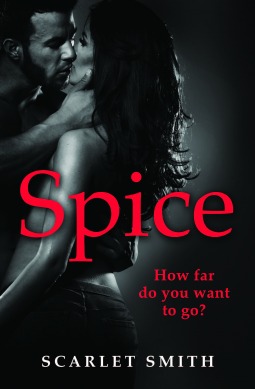 Where Did I Get It? I kindly received a copy for review from the author in return for this review.

Blurb:
Magazine writer Jess gets her latest freelance assignment – can anyone go from Vanilla to kinky in just fourteen days – and would they even want to?

Jess’s alarm clock buzzed, waking her from a fabulously filthy dream about Max, her boyfriend of three years.

The story follows Jess who is a fairly normal young woman – attractive but not crazy super model hot – with all the typical hangups about her body and life and her boyfriend Max – again, a normal kind of guy – attractive but not unrealistically so. They are not married but the prospect isn’t off the cards, they’re in a stable, long-term relationship and when Jess gets given the blog assignment they are a realistic combination of excited and nervous about the prospect. It’s a big step deciding to put your sex life on the internet for all the world (and your mother!!) to read, especially if it’s going to start wandering into the world of kinky.

The balance between Jess ‘researching’ each item on the list by talking to people who are into whatever it is created a great build-up to each one and let her explore her feelings on each topic. Some she was immediately excited by and looked forward to trying, others made her apprehensive – this made her easy to relate to as a character. I’m sure most of us would experience similar emotions when faced with her situation – I particularly liked the scene where she had to buy sex toys from a sex shop and had the downright fear and embarrassment that she was being judged on her purchases. I get that when I’m buying the food shop in a supermarket never mind if I was having to buy multi-coloured cock rings and a porn film!

The story kept its realism by there being a couple of things on the list that Jess and Max weren’t keen on – they tried stuff out and decided it wasn’t for them and in at least one case just flat out refused to do it because they just didn’t want to at all. Again, this gave them a bit of depth as characters and built their relationship as they talked things through.

The sex itself was well written and raunchy without being ridiculous or weird – it’s a pretty steamy ride and there is A LOT of sex. Unsurprising with such a long list to get through in a fortnight, really. 😉

If you like the sound of Spice then lucky for you Scarlet Smith is letting me give away a copy of the eBook to one of you lovely lot. All you have to do is leave me a comment on the bottom of this post to be entered into the draw – a random winner will be selected at 7:30pm Tuesday 17th March 2015. Good luck!!