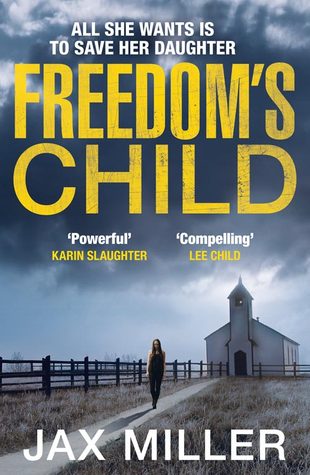 He shakes the guard’s shoulder. “I can’t thank you enough for all you’ve done while I’ve been stuck in here, Jimmy.”

“I’ve known you since we were kids, Matty.” But Matthew knows the help came only because his mother was the guard’s go-to dealer for good cocaine and the occasional supper. Matthew couldn’t care less, as long as he could get the information his little heart so desired, information pertaining to Nessa Delaney, now known, if his information is correct, as Freedom Oliver.

What they don’t know is that Freedom is not her real name. That she has spent the last eighteen years living under Witness Protection, after being arrested for her husband’s murder. They don’t know that she put her two children up for adoption, a decision that haunts her every day.

Then Freedom’s daughter goes missing, and everything changes. Determined to find her, Freedom slips her handlers and heads to Kentucky where her kids were raised. No longer protected by the government, she is tracked by her husband’s sadistic family, who are thirsty for revenge. But as she gets closer to the truth, Freedom faces an even more dangerous threat.