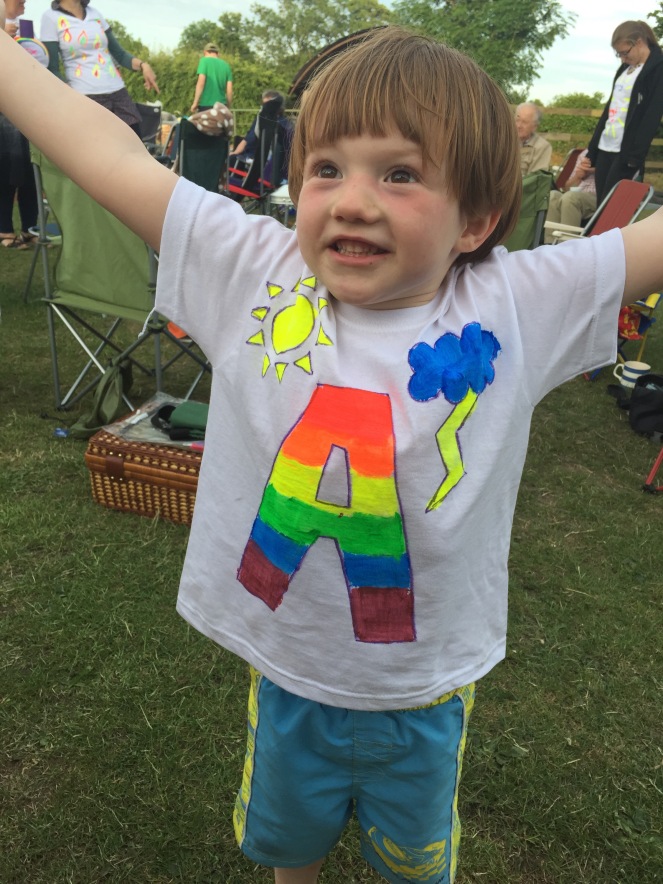 Arthur is four. I am not finding four a very easy age but it’s not all tantrums and rage and hitting, even if some days it feels like it.
There are good things too, laughter and cuddles and games. And obsessions.

Four year olds are very good at fixating on things – Arthur keeps singing about Transformers because one of his friends at school loves them. As far as I know Arthur has never seen a Tranformers cartoon or film in his life but still he runs around singing about them like a lunatic. But Transformers are not a true obsession. That title is reserved for four other extra special things – things that have taken over our house for the last few months and can get Artie excited with just a tiny hint…

Both films have been watched and rewatched, re-enacted with the hundreds of toys he has acquired, he loves the AppMates game on his iPad and the racing game on my phone. We have the PS2 game, the only poster on his wall is of the bad guys in Cars 2 & is surrounded by glow-in-the-dark Cars stars (yes, they are a thing…) and we have a fairly large collection of books as well. That’s all without going anywhere near his wardrobe… 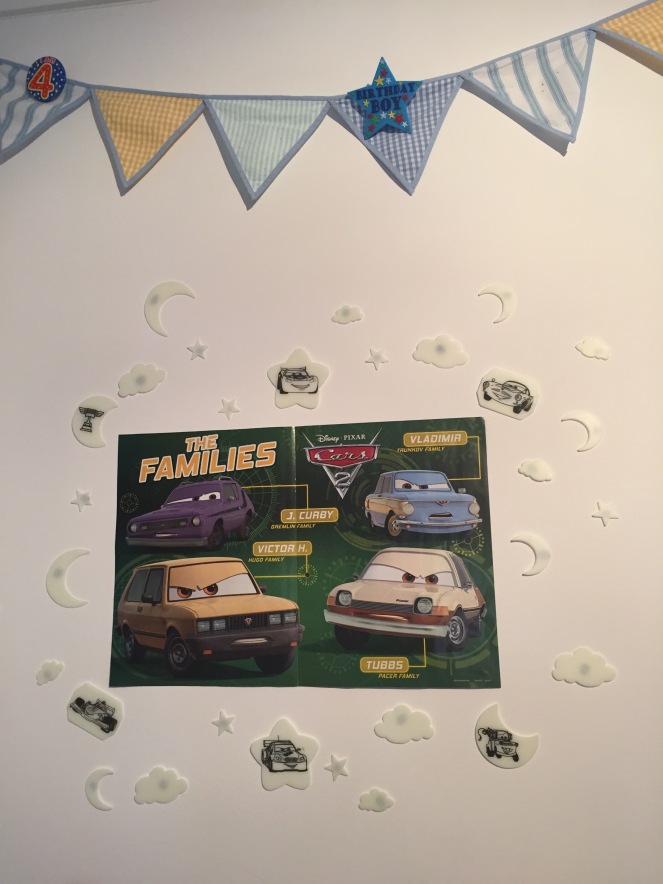 2. Thomas The Tank Engine.
Even longer standing than his Cars addiction is his Thomas obsession.

Before he could recognise letters or even speak in sentences, he could tell you the names of more engines than I was even aware existed. He has more trains than he knows what to do with (but never enough, obviously) and so much track that it spills out of his bedroom into the hall if I put it all out at once.

We have to regularly endure the movies and have now watched all of the original TV series several times. I still think Thomas is precocious, rude and obnoxious but there’s no telling Arthur he is anything but awesome.

This is a fairly recent obsession – he has know about Angry Birds for a long time but in the last couple of months he has finally worked out how to play it properly. Now the trick is to get him to stop playing it. All. The. Time.

He will even spend hours watching all the Angry Birds Toonz as a ‘break’ from playing the game.

I thought I had an Angry Birds problem for a while but I haven’t got a patch on Artie!

As I type, Arthur is sat on the sofa in full Spider-Man disguise (even his pants and socks are Spider-Man) watching something like episode 12 of The Spectacular Spider-Man season 2. He only finished watching season one two days ago. (He is also eating an Angry Birds yoghurt – the obsessions can be combined!) 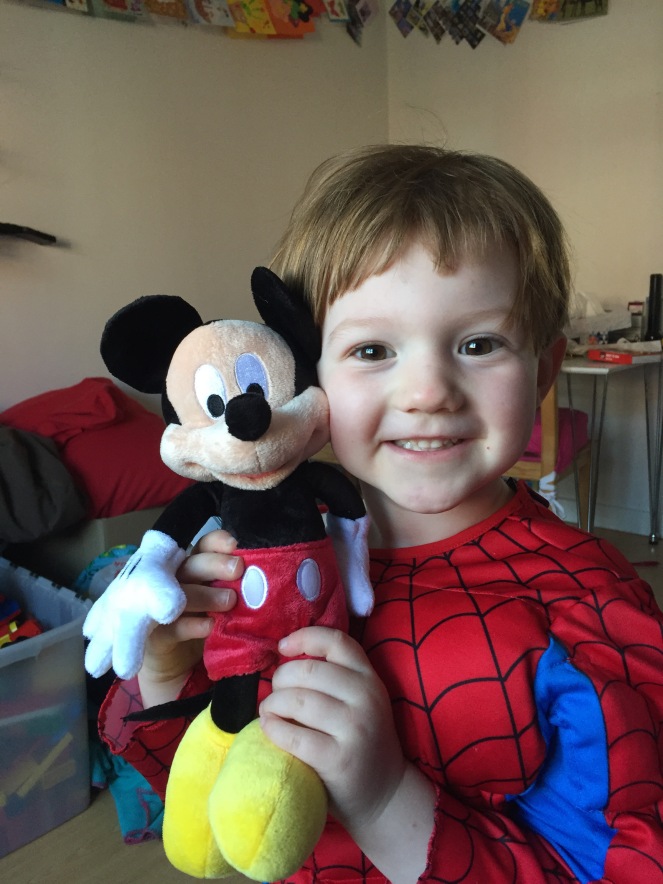