Arthur’s class is having a party.

Well, not the whole class, only those who have read X number of times at home are having a party.

I’m not sure Arthur is invited.

I know he has read enough. We read a lot.

In fact, reading is so much a normal part of the day that I regularly completely forget to write it down in his Home School Record. So it looks like he hasn’t read.

You can tell he reads by the way he writes – he knows where to use description, he uses the right sort of language to move the story along, he has plot points.

But you often can’t tell he reads by the state of his Record.

And that’s my fault. It’s entirely mine. I forget. It doesn’t even cross my mind. We read because reading is fun and a thing we enjoy. We read to wind down at the end of the day, we read to help him calm down when he gets frustrated, or to distract him when he needs to be quiet somewhere. 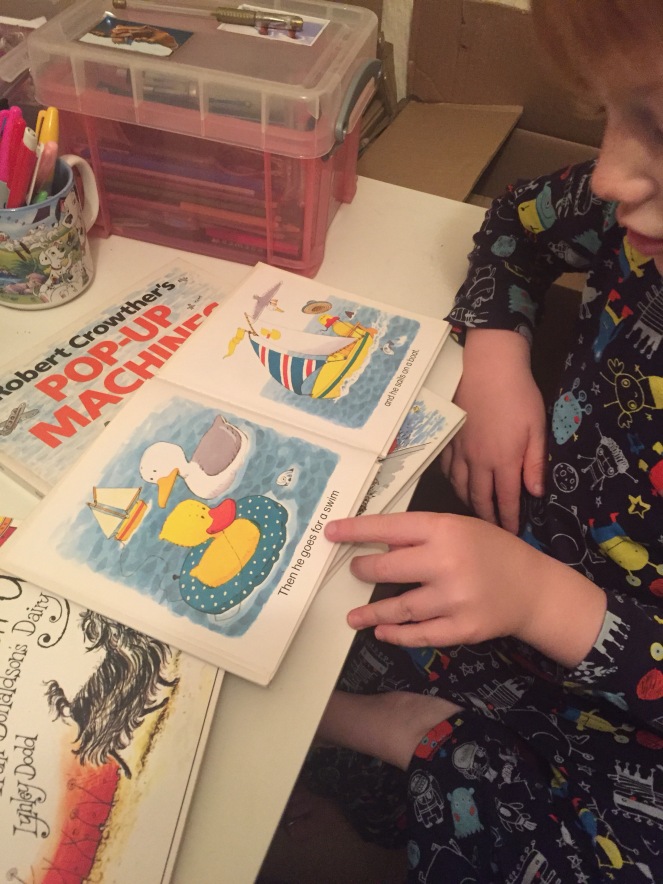 But he might not be going to a party because of something I fail at doing. And there’s every possibility other kids are going because parents just write in their books without actually reading so that they don’t get pestered about it.

I tried to fill in all the stuff we have read together and I hope he gets to go to this party, whatever it is.

But I think it’s a stupid idea because, really, the kids are being punished for something they have no control over.

Encouraging kids to pick books up is a good thing, I’m just not sure this is the right way to do it. I have enough Parent-Guilt as it is, without this adding to it.

What do you think?

One thought on “The Latest Parent-Guilt Trip”